Leaving the Wolf's Lair we drove south toward Warsaw, we were booked into a cute little hotel right in the centre of the city, in the town square.
Entering Warsaw there were crowds of people everywhere and police were redirecting traffic with large sections blocked off. We drove around and around trying to find a way in, with Patience our GPS starting to become very frustrated with our apparent unwillingness to follow her "very wise" instructions. At one stage we found ourselves driving down a narrow lane with crowds of people teeming towards us, giving us dirty looks!!
We eventually found a way out and managed to walk through to our hotel. 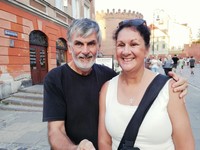 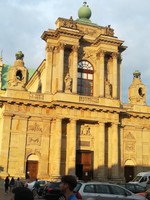 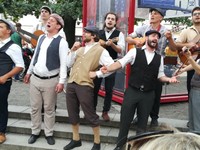 The city was celebrating as it was soldiers day, remembering 100 years since Poland had gained independence from the Bolsheviks at the end of WW1. It was also a celebration for the Ascension of Mary. Poland is very strongly Roman Catholic and the churches were all packed with priests delivering their message via loudspeakers which spilled over into the crowded streets. It was wonderful wandering around the old streets with all the open air restaurants, performers and buskers. I think it must be compulsory for children in Poland to learn the piano accordion and most of them were in the streets.

The story of the old city in Warsaw is inspiring. During WW2 the polish resistance defied German occupation and in 1944 they gathered together what arms they could and launched an attack on the occupying soldiers. With their limited resources they managed to hold out for 88 days eventually conceding, with some surrounded taking their own lives while others managed to escape to the forest. On being told of the uprising Hitler was furious and insisted that the entire city was destroyed, he wanted it to no longer exist and merely become a mark on a map. Photos of the city after the destruction looked like Hiroshima. Yet with grit and tenacity the Polish people determined to rebuild their city and make it just as it had been before, using old photos and architectural drawings they managed to achieve all this whilst under Soviet occupation. The story for the insurgents after the war was tragic, they were viewed by the Russians as 'traitors' and German conspirators, they were pursued, deported and executed, such a burden of grief in the struggle for independence. 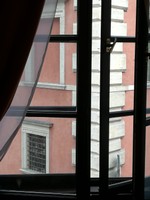 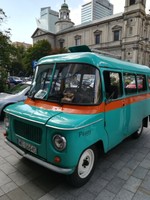 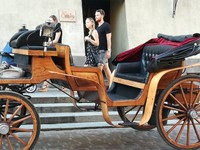 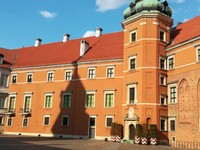 Along with this tragic history there is the equally tragic story of the Warsaw Jews. Prior to WW2 Warsaw was 2nd in the world only to New York as having the largest Jewish pop, about 30% of Warsaw was Jewish. Along with the occupation of Poland the Nazis rounded the Jews up into a walled ghetto with unbelievably harsh conditions, after a period of time the transports to Auschwitz began with 1,000s being marched daily to the railway station and loaded into cattle trucks. The Germans as always, kept such accurate records and the date with the exact number of Jews transported on each day is on the public record. Being ever practical they would aim to load 80 people into each carriage but would then add another 20 to cover the inevitable loss of 20 deaths per carriage in transit. 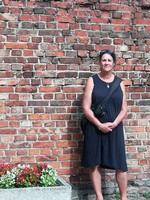 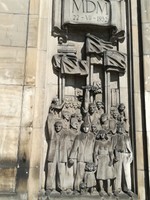 Eventually the remaining Jews decided that they would rather die fighting than become powerless victims and they rose up to resist their oppressors fighting to preserve independence, many were killed but some escaped to either join the partisans or try to hide amongst the polish people with false papers. We were able to visit some of the remaining parts of the wall and in one section there is a gap filled by an inscription that tells those looking that the brick from this spot is now in the Holocaust Museum in Melbourne.
We left Warsaw with admiration for the Polish people and for all they have overcome; and yet their grief did not end in 1945 as they then lived under brutal Soviet occupation until 1990 with the emergence of Lech Walesa and Solidarity.

Very hot in Warsaw but so much to see and find out about.
Update on my SAMSONITE suitcase. After a string of emails back and forth with ' Matthew' , the customer liaison officer he informed me that from inspection of the photos that it was obvious that the damage occurred internally!!!!! And their 10 year warranty only covered damage to the outside of the case as a result of faulty manufacturing!!!!!! As you may well appreciate I forwarded Matthew a polite appreciation for all the effort he had put in!!!!!!